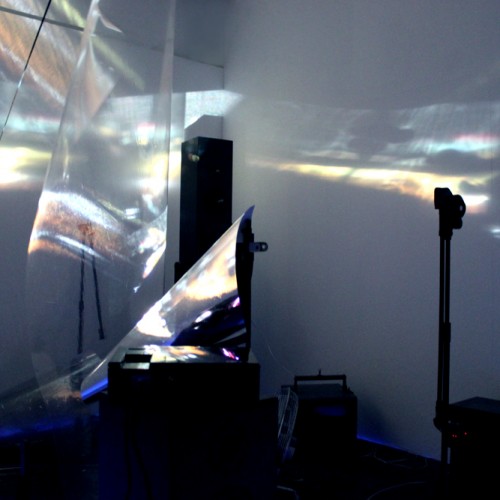 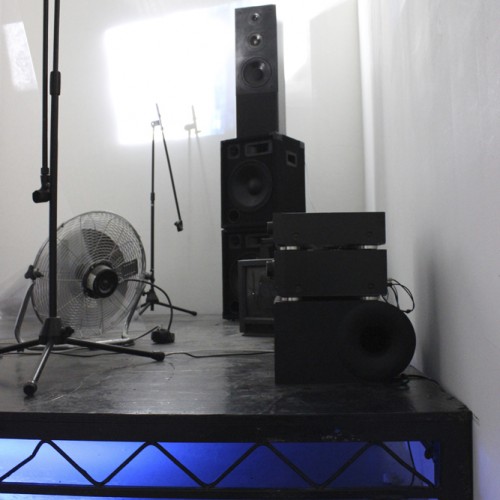 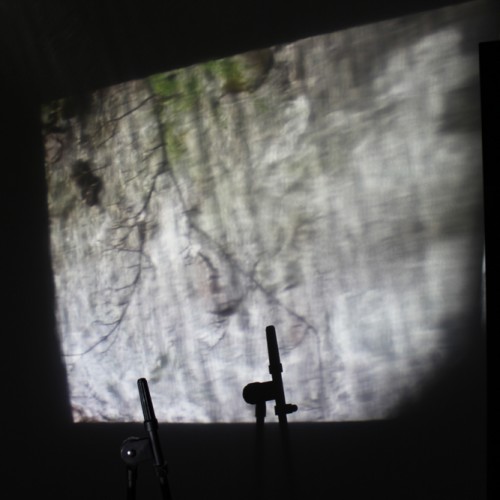 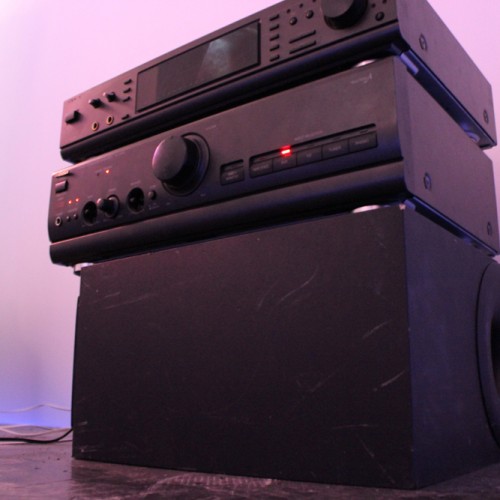 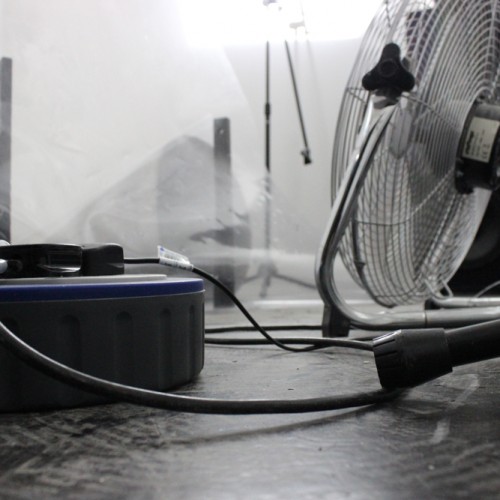 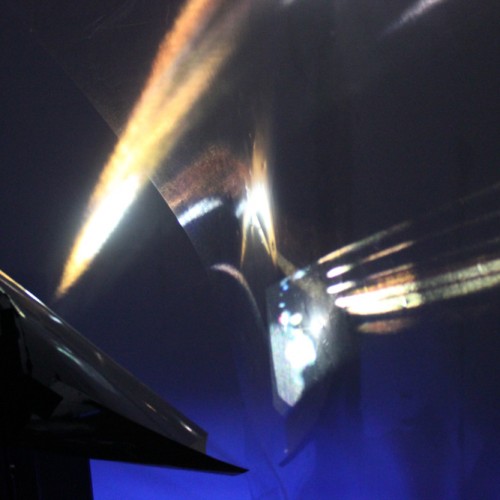 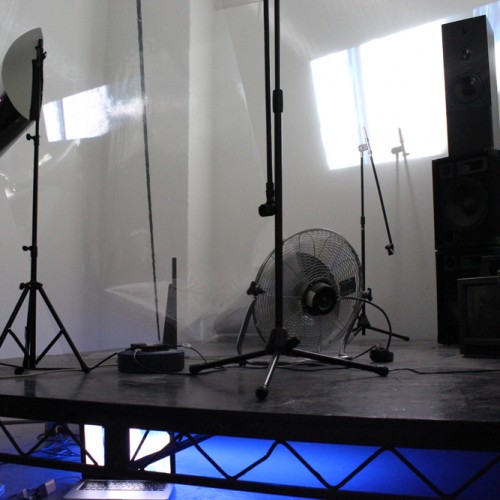 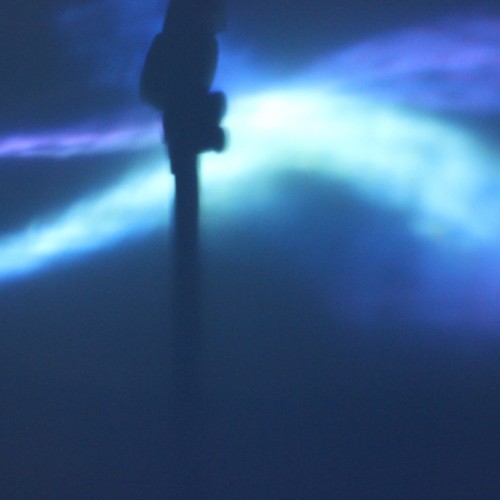 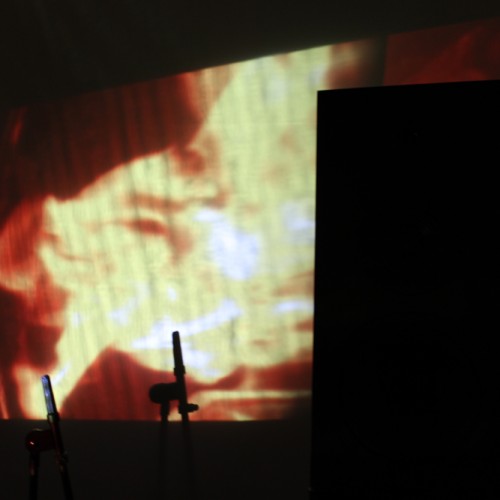 There are two sound elements, one that is played through the four speakers and the other from the film that is being projected which was played through a blue-tooth speaker in the microphone stand, at the front of the stage. The film is being projected through a 10m x 2m hanging sheet of plastic and is reflected around the space. All the equipment sits on a stage that has been pushed into the corner of the room enabling you to walk around the room and view the equipment form all angles.

The equipment is lo-fi and almost obsolete. The music is made up of cuts and bits and pieces taken from various projects (as is the film). All the elements that come together are taken from different eras and mediums but they are seen here together, in the now, sharing one moment in time. The film is a 20 minute loop and the audio is a 16 minute loop. They cross over at different times making the experience different every time you enter it.

You enter the space and perceive time in a cyclical way rather than in a linear way, and in doing so, deconstruct what is in front of you. The mood goes through moments of calm into chaos. As the music and film loop it changes as they cross over. One visual which seemed calm with the music at that moment may not be the same next time around. There is no beginning and therefore no end. This idea is reaffirmed by the composition of the equipment as you are unsure whether you have missed the event or something is about to happen. The equipment is literally centre stage and is constantly reinventing the ambiance of its own environment. 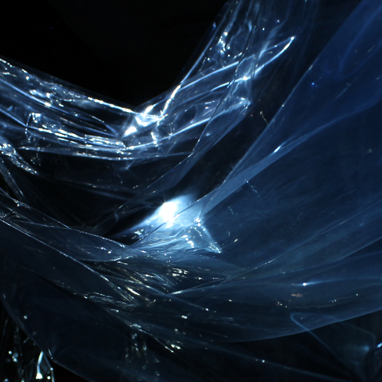 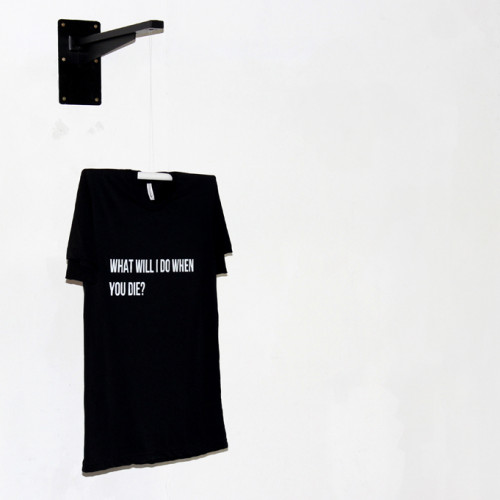 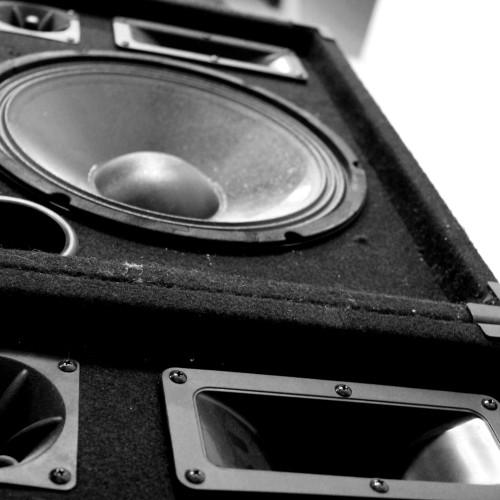 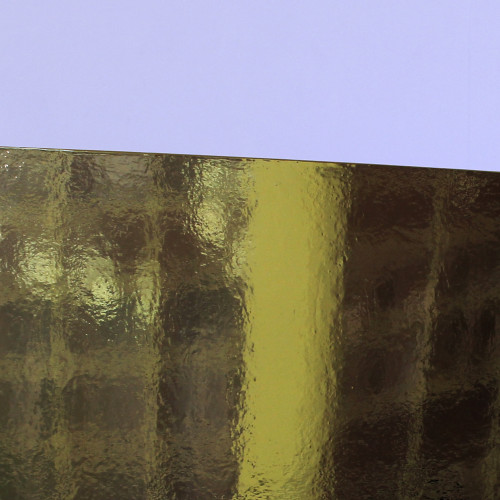